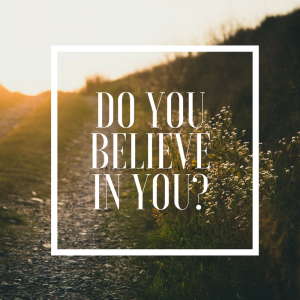 I have a video for you to watch, you may have seen it on Facebook but I encourage you to have another look and listen. It serves a great reminder for us all.

In this video, an athlete Dave Wottle wins a gold medal against all odds. His start was so weak, he was so far behind everyone else that it seemed impossible for him to win. In fact, I think some people were probably thinking he was foolish to have even entered the race, while others I am sure we’re feeling embarrassed on his behalf and others probably thought he was a joke.

Dave had a powerful tool in his race strategy. He didn’t listen to what others were saying, he paid no attention to what they were thinking, instead, he paid attention to his thoughts and listened to his internal words of encouragement. He did what seemed impossible by believing he could do the impossible and kept telling himself that over and over.
He reminded himself that he could do it and he showed the world that he wasn’t intimidated nor was he to be underestimated by anyone.

He took to the track field with confidence and he didn’t give up but rose up against circumstances and over came by running the competition down one by one.

It seemed no one believed he could do it, that wasn’t possible yet there
was one person that did believe he could do it. That person was David Wottle, himself. He believed in himself, in his potential and his ability.

In this race, David proves to us tht it doesn’t matter if you are way behind and you are the only one cheering you on. Stay the course, believe in your potential and ability because you and only you need to believe and in and through that miracles happen.

Please, watch the video, believe in your potential, cheer yourself on. Be YOU and run YOUR race. Stay in your lane and never ever give up and then, do the same for your children.