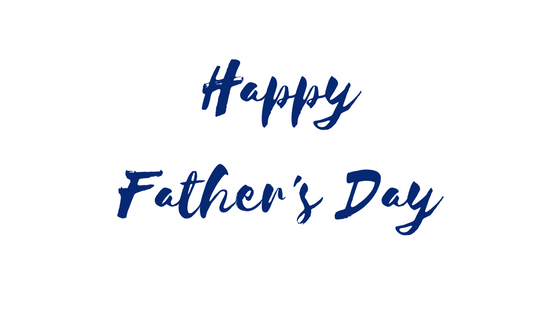 Father’s Day is such an important event each year. It is a day where we have the opportunity to value the Fathers and acknowledge the men that they are.

We all have different experiences when it comes to being fathered. Unfortunately, not all fathers are able to provide loving, encouraging and empowering environments for us to grow up in but none the less most do their very best.

I am a very blessed woman to be able to say I had a wonderful father and I have a wonderful husband who has fathered my children. I want to encourage those who haven’t had such positive experiences, I am a firm believer that there is always hope out there.

Rob has two brothers who live in America and they have been staying with us the last two weeks so they can visit their elderly mother. As a result there have been many conversations about their childhood. Rob is the middle son and has talked some about his father over the years. However when they are together the stories just seem to flow out much easier.

All the boys were laughing about the funny things that happened with their Dad. They have learned to laugh about their experiences because if they let themselves go to certain places in their memory, there could be resentment towards their father.

Maurie was their father’s name and he did the very best he knew. The reality was, he really didn’t know how to father the boys very well at all. He was a very intelligent man with lots of charisma, however, he had no sense of responsibility at all. He was raised by a very hard father himself, not encouraged in any way and had very little relationship with his father. As a result, he didn’t know how to father Rob and his brothers. Maurie was not home much and things were very distant between him and his family, sadly when Rob was about fifteen the marriage ended.

When I first met Rob there were some very strong feelings in the family about the lack of provision for them all by Maurie and the hard times
they had to live through as a result. I have watched them all learn to see a lighter side and even gain some understanding. It’s wonderful to see them all laugh at much of their experiences with no one holding any grudges against Maurie.

When Rob and I first found we were going to be parents I remember Rob crying and saying he was scared because he had no idea how to be a father. I assured him he would be great and that he would learn as he went. I encouraged him that he could learn from my father who would always help out if he needed it.

I am pleased to say Rob has been a wonderful father and grandfather to our family. He hasn’t always done everything perfectly and no father does, however, he has been fantastic and I am forever grateful to him. When Rob was about thirty years old he felt very strongly that he needed to forgive Maurie and honour him for who he was. He was, after all, his father.

Rob had developed a love for God and had learned how his Heavenly Father loved and cared for him unconditionally. It was from that place that he was able to reach out to Maurie and begin a new relationship with him. They were never close but they were able to be a son and father which meant a lot to Maurie, even if he had a very funny way of relating to Rob and us as a family. He was Rob’s father and that could never change.

We didn’t ever see a lot of Maurie but in his last few years before his death, we saw him a little more often. It is always very important for everyone as much as is possible to have a respectful relationship with our fathers. That will look different for each family and it doesn’t mean you have to be close to be respectful. Often we see learned behaviours go down through the generations and when children have not had strong role models from their fathers they struggle to be able to nurture and love their own children well.

This, unfortunately, was the case for Maurie, however, it wasn’t for Rob. Rob is a fine example of how you can start a whole new approach to
fatherhood and set your children up with a loving, empowering environment in which to grow regardless of what your experience was.

Never underestimate your ability as a father to set your family up for success in life. You have such authority to release life into and over
your children. You are in a unique position of huge influence. Believe in your ability to father your children well, seek advice, look for mentors, read books. There are some great books out there and both Rob and I have devoured them throughout our parenting journey.

Today, I honour my husband, Rob and my three sons, Ben, Michael and Daniel, my daughter’s husband Joel and all the fathers of this world. This is your special day.

Thank you and bless you all.
Susanna