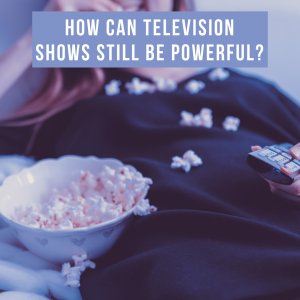 In years gone by, Saturday and Sunday nights were always deemed ‘family tv night’. Stations programmed specifically for family viewing whether it be highlighting the latest Disney movie or featuring one of the classics. The TV seemed like the place to be for young and old.

I still watch TV on occasion and I do notice the viewing habits of my children and grandchildren. Something I have noticed is that the landscape of Saturday/Sunday T.V togetherness is changing. There are new ways of watching things; on our phones, on tablets, on fancy new televisions that are really just computers. Unless we make a big event of it, the television and more symbolically the dining table just doesn’t seem to be a place where people connect anymore.

There was always an emphasis that families would gather. In the 1950s when television was new and exciting, we would sit together and watch big events like the Olympics or the moon landing. We would sit in awe in front of the ‘big box’.

As technology has advanced, and new ways of viewing have been created, shows and programs have tilted towards an individual, siloed experience of entertainment. Based on your previous viewing you are served up your next lot of viewing that Netflix, Stan or iTunes think would interest you. We engage with others digitally and though our conversations sometimes feature a breakdown of what shows we enjoy and like, it is rare to have a collective experience. Binge-watching, a term I have learned which was once a term used specifically for food. Not anymore it seems.

Most services cater to our individual interests (with different accounts for each person) rather than everyone watching the same thing without the ability to choose. All of this has changed that landscape of the family television entertainment.

I know last week’s article was based around a TV recommendation, but I have another one.

Australia’s Got Talent is back on TV and some of the clips are making their way around social media and the show has clearly captivated the Australian audience. Could this be the show that brings back some of the unity we once experienced through TV? This beautiful program showcases people, their stories, as well as talent, and I believe it’s a show for all ages. Gone are the days of watching only children’s programs until your ears hurt, or only the news that your parents never switched over to a different channel.

It’s not just entertainment. It opens up conversations.

Two acts come to mind when I think of the power of these variety shows and how they bring young and old together. In fact, two acts from last week seemed to really resonate with people around Australia.

One is a choir called Hummingsong of over 300 women from the ages of 19 to 83, whose performance did not leave a dry eye in the house (including the judges). They sing to raise funds for women in domestic violence situations and just to bring women together to be with each other. And this is why these shows are important, to create greater conversations than on screen.

You may not include your eight-year-old in such a harrowing and sad topic as domestic violence, or maybe you will with great care and sensitivity, but it is something that will indeed create conversations in your home and perhaps over coffee catch-ups. To make sure we always come to each other’s aid in times of need or just to be with each other. Please take time to watch this video below and follow their story if you start watching Australia’s Got Talent.

Another story in this week’s auditions was a man whose act was a number with rap music. Not my kind of music but his story of youth homelessness pulls at your heartstrings. It was a beautifully written and performed song. His singing and passion spoke depths to those who were in the auditorium and those watching on TV. We are all too aware of the vulnerable in our community and they, like everyone else, are more than capable of contributing something of value to society.

The charity he mentions, MAAD is one that is based off the Central Coast, and I am familiar with their work with disadvantaged teens and homeless. The link to the video is below.

How can television shows be powerful? By simply sharing. By bringing people together over the emotions of watching someone achieve a standing ovation in front of a crowd. To take the words from the mouth of one of the judges…

This article is not an endorsement of any kind; just a recommendation. I hope you enjoy Australia’s Got Talent and perhaps use it to bring your family back together to experience some of these touching moments that inspire, challenge and create conversation in our homes and beyond.