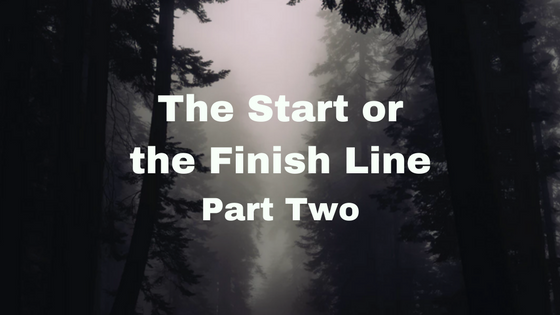 “So-called ‘late-bloomers’ get a bad rap. Sometimes the people with the greatest potential often take the longest to find their path because their sensitivity is a double edged sword- it lives at the heart of their brilliance, but it also makes them more susceptible to life’s pains. Good thing we aren’t being penalised for handing in our purpose late. The soul doesn’t know a thing about deadlines.” – Jeff Brown.

In my last article, I did my best to encourage everyone to resist being hindered by age or stage of life when reaching for goals and dreams and opportunities. I invite you to go back and read the countless testimonies of artists, entrepreneurs and Olympians whose dreams have not been defined by realising their ideas later than most and choosing to follow a new life path.

Jeff Brown’s quote (above) serves as an inspiration all as we understand that the ideas and late-night ponderings of ‘maybe I can start this’ or, ‘I have a new idea’ or even thinking ‘I want to start afresh’. These statements are all very rewarding as each one of us has the ability to draw from wisdom and knowledge already gained.

In fact, as I wrote the article last week I hesitated to include Rob and myself in that incredible line-up of people who have stepped out, later in life and changed things up. After resting in that wrestle of whether to include or not I decided that I would share and I share parts of our story from time to time in an effort to encourage. Encourage in a way that doesn’t look at us, look at us but rather, ‘if we can do it then I know you can do it.’ I say that because Rob and I don’t have some magical pill we took, nor did we wave a wand and it all happened. Rather, we had a dream, we dared to do it and we worked our backsides off to make it happen. The reward has been great but there have been times when we went without, where we sacrificed so the business could build and flourish. We kept our eye on the dream and the vision that we both had and day-after-day, decision-after-decision, we built, created, stretched the boundary lines, built, created, stretched and let the dream unfold.

Our business venture Little Miracles began on the Central Coast in 2004, when Rob and I wanted to pursue a new path. In 2004 I was 52, and Rob was 54. Definitely in what is deemed the second part of life. Coupled with a dream and passion about supporting families and encouraging children, moving towards childcare was the first compass point in our roadmap. The dream had been deposited in our hearts and minds, and both of us embraced the challenge to make it happen.

Being long-term residents of the Central Coast, our dream that was then worked into vision, and through this vision a unique opportunity to embrace and grow the community that we so loved was exciting. Together with our four children and ten grandchildren and, of course, the incredible grace of God, we have grown our #littlemiraclescommunity from one Childcare Centre to Centres spanning the breadth of the Central Coast all the way up to the Blue Mountains. We are grateful for every day, and there are times Rob, and I have to pinch ourselves as we marvel at what has transpired through something that dropped into our hearts later in life.

As Rob and I have travelled together and navigated the ropes of marriage and business not only have we learned so much from each other but we have developed a relationship that truly celebrates the best parts of each other.

Starting a business from scratch later in life has been a deeply enriching experience, and with us both being in our fifties we embraced the words truly that our souls paid no attention to deadlines. There is no such thing as ‘too late’. Late bloomers are beautiful, they already have experienced life’s early challenges and learned from them, seeing with new eyes just how many different doors are still waiting to be opened. Speaking of doors to open and dreams unfolding, I had dreamed since I was around twelve years old to help develop underprivileged children and it wasn’t until 2008 when I was 57 that that dream came true. After starting Little Miracles and working with families on the Central Coast, Rob and I first committed to Bali Life in 2008, an opportunity to impact the lives of children and families in beautiful Bali. Indeed, it has been a dream come true and an incredibly meaningful experience on more levels than I can begin to explain. A few years later we went to Rwanda and now we have teams who go to Jakarta and India as well. Who knew that this little twelve year old girl, who simply dreamed of a day whereby she would make a difference would see it unfold well into her 50’s. I’m so grateful we said YES and that as a couple we continue to say YES when doors open or persent themselves to be knocked on.

I hope these words and any part of our story inspired you to embrace the phrase ‘never too late’. May you find the keys to doors that are not yet revealed to you and may your eyes, hearts and, if you’re anything like me, little legs are ready for the incredible journey ahead. Great days, my friend, great days.