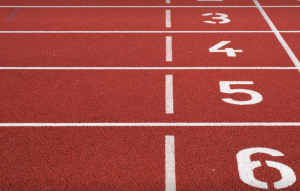 Have you ever had a dream, an idea or a crazy ‘what if’ thought? Ever wanted to do something insane like start a new business, create a brand, invent something or make a career change and then thought it’s too late? Have you ever found yourself thinking, ‘I wonder what would happen if I launched this or I created that?’ And then you stopped yourself because reality hit and you began to beat yourself up (internally) because you think you missed it or you’re just too old to do it, or maybe you waited for the right moment, and it never arrived?

Stop it. Stop that inner voice that is killing your dream. Stop the narrative that is saying you can’t or what a dumb idea or what would people think. Stop now because it’s not worth your energy.

Are you wondering what Julia Child, Sam Walton, Ray Kroc (some of you probably don’t even know who Ray is but you will very soon), Vera Wang and Samuel L Jackson have in common? They were LATE BLOOMERS. Yep, they all started a little later in life than anyone of us would have thought.

Take Vera Wang, for example, most of us probably think she has one of those stories about being a little girl sitting at the feet of her grandmother while she sewed and created and how Vera loved the feel of the fabric on her skin, blah, blah, blah…. Well, the truth is, Vera was an accomplished figure skater and a fashion editor before her 1989 wedding where she commissioned her wedding dress for $10,000 and at age 40 realised she wanted to be a designer.

Julia Child had her first cookbook published when she was 39 and didn’t make her television debut in The French Chef until she was 51. Sam Walton owned a small chain of discount stored and opened the first Wal-Mart in 1962 when he was 44. Ray Kroc was past 50 when he bought his first McDonald’s in 1961 which he ultimately expanded into a worldwide conglomerate whereby there isn’t a person on the planet who doesn’t recognise the golden arches. Actor Samuel L Jackson is another great story. He was 46 years old, in recovery from addiction to cocaine and heroin, before he starred alongside John Travolta in Pulp Fiction. Laura Ingalls Wilder published the first in the ‘Little House’ books at age 65 in 1932. Colonel (Harland) Sanders, was 62 when he franchised Kentucky Fried Chicken in 1952.

Be encouraged today and don’t worry if you started your life later or a little slower than others. It’s okay. Just think, had Colonel Sanders or Ray Kroc cared, we would never know the joy of craving Popcorn Chicken or the famous Big Mac. If Julia Child had cared, there would be people across the world still wondering how to cook the perfect Beef Bourginion and for the Americans if Wal-Mart didn’t exist…. well, we will leave it there. So many people have done extraordinary things later in life. Just because we get older, life doesn’t end; it doesn’t mean we stop dreaming, it only means we find the 20 seconds of insane courage, and we go for it. Life is for living no matter where you start in the game.I can’t wait to hear of the things you will do, the places you will go and the lives you will impact.

What are you waiting for? Your life is calling.

I hope you’ll take a moment and watch this video from the 1972 Olympic 800meter Race. American Dave Wottle shows us how regardless of where we start, the challenges we face we can finish strong. Wottle came out of nowhere in the trials, he married during his career and was criticized for doing so, he had two bad knees, couldn’t train for weeks and a year earlier was an unknown in the running world.