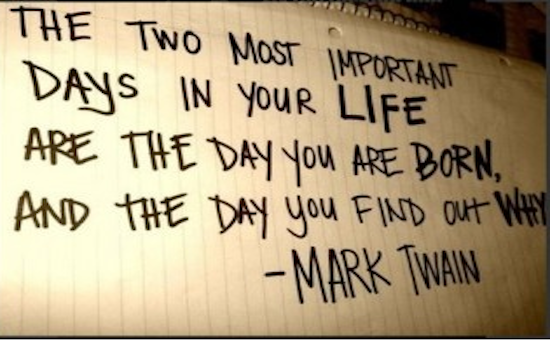 As we continue on this Relationship Series I thought I would take a moment to talk about ‘The Value of Our Daughters’.

Over the next few weeks there will be a lot of conversation on Social Media and in other spaces regarding girls. October 11th has been set aside as ‘International Day of the Girl’ and as we move towards this date, organisations across the globe will be sending their messages out – messages about the plight of girls across the world and whether that be stories of human trafficking or education for girls or even something as simple as providing sanitary napkins for girls in other countries {so that they are able to attend school}, the messages will be strong. Our girls need us.

This brings me to our daughters, the girls we have been entrusted to raise and how important our role as mothers is to them. We live in a world where our girls are bombarded by messages of sexuality and from a young age, it seems they are being told that their value lies in what they bring to the table or leave on the dance floor. Equally, our boys are being bombarded with images of scantily dressed girls and possibly receiving the message that their value doesn’t matter. Rather, girls are objects of and for whatever desire we have.

As I write this my heart aches for our girls and I’m reminded of how they need us to be strong, mothers who will remind them who they are and teach them how to walk in the fullness of their internal beauty because true beauty comes from the gold that lies within all of us.

As a young mother, I remember seeing my beautiful little Anna gaze up at me as we walked through the shops or on the beach. I remember seeing her try on my high-heeled shoes and wobble around the lounge room. It was in those moments that I soon learned that my beautiful little girl would get much of her understanding of value from me. Yes, my hubby/her daddy, Rob, would play a huge part in that {I will write more on that later} but as her mother she would see me and how I valued myself and in turn how I valued her and taught her to value herself. Initially, the thought of this was overwhelming and I must add my beautiful Anna is now raising children of her own so that was long before Snap Chat, Instagram and Tumbler. Long before outside influences would surround her the way they do today. In saying that, the fears I had for my Anna, were the same as girls have today and the need to instill value upon her was just as great.
Much of my daughters value came from watching me live and watching me respond to situations, how I carried myself, the words I spoke to others, the words I spoke in private and even the way I spoke about myself…. she was gathering and computing all of it. As I watch her today, I see how important those early years were for her. How important it was that I choose to value myself and how I deliberately spoke value over her and into her.

Recently, I was in a conversation with a young mum in my world and I loved how she spoke of her 15 year old daughter regarding a boy who liked her. Actually, not only did the mother speak to her daughter, she spoke to the boy himself and I cheered her on whilst she shared her story. Allow me to share:

My young friend found herself in a situation where a 17 year old boy was interested in her 15 year old daughter {who, by the way is drop dead gorgeous!} and her daughter was interested in him. They had spent time messaging back and forth via Facebook and Snap Chat and it became quite obvious that the level of interest was increasing rather than subsiding. My friend, being a very engaged mother monitors her daughters activity on Social Media sites {a very wise decision, indeed} and through this monitoring she noticed this young boy had started sending some messages that were beyond the line of appropriate. The messages weren’t that bad but my friend could see where this was going… This is where the story gets good….

The boy was at their house one day and infront of both her daughter, her daughters friend and the boy – my friend addressed the situation. She told the boy she had seen what he had sent her and that it was inappropriate and that she was disappointed that he would think it appropriate to send her anything of that nature. She went on to tell him how valuable her daughter was and how he was going to have to lift his game if he was ever to have any kind of relationship with her. How she was worth more than a ‘risque Snap Chat’ and that she was not a place for him to test the waters of appropriate with. She went on to tell him that if he wanted to communicate with her, he needed to do it respectfully and that he needed to place value her. She told him that what he had done placed no value on her, rather his level of communication told her that she is worth what my friend called ‘gutter talk’.

As my friend had the conversation openly, honestly and in front of him and her daughters friend, she could see her daughter smiling, she noticed her shoulders back and {in fact} at one point her girlfriend clapped and cheered as my friend questioned him about all the other girls he was chatting to and how that didn’t place value on her daughter either… Needless to say, my friend covered all bases and took this opportunity to drive her point home.

After the conversation and when the boy had left {no doubt reconsidering his actions} my friends daughter wrapped her arms around her mother’s neck and thanked her. She thanked her for placing value on her, for not being scared to challenge this boys thinking for simply letting her know that she cared and that her mother valued her and for letting him know that she was worth so much more than he was giving.

I share this story with you to let you know that our girls need us. They need us to:

There is so much more I could share on this but I will stop. I will say, that as a mother who has endeavoured to place value on my own daughter I am very proud of my Anna, she is truly amazing, such a beautiful daughter who knows who she is and now places value on her gorgeous daughter, Ruthie. I want to encourage you to place value on yourself, on the girlfriends in your world and on your beautiful children you have been blessed to raise. I promise, that when we value others and when we teach and show how to value others it helps our daughters value themselves. As I sign off, remember, your words matter and your girls need to hear and see you leading the way. So, the next time your sweet darling girl tries to ‘walk in your shoes’ be reminded that much of her value and her sense of who she is comes from you and what an honor it is for you to place that value on her. Who knows, as we lean into ‘International Day of the Girl’ perhaps your daughter, through the value you place on her, may one day choose to live her life placing value on other girls across the planet. What a beautiful thought.

Cheering you on all the way and believing in each one of you.